IEEE 1588 Technology to the Fiber 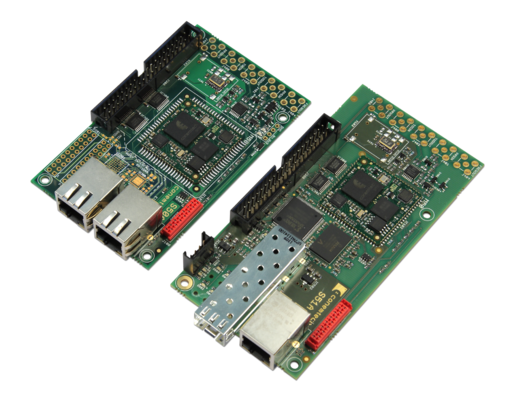 Munich, September 16, 2011, Conemtech today released the P51S at the ISPCS 2011 conference. The P51S is a new member of the P5 series of OEM products for IEEE 1588 synchronization. The new product brings the total cost of ownership down to a minimum for integrating and maintaining IEEE 1588 functionality into existing products - this time for optical gigabit networks.

The version of Precise Time Protocol (PTP) for packet based synchronization of time and frequency in networks introduced in 2008 has recently been officially adopted by the telecommunications and power industries. The Conemtech platform products in the P5 series dramatically shorten the time to market for products requiring to be synchronized according to the IEEE 1588-2008 standard in those industries.

The new P51S board is intended for optical network with gigabit speed and complements the P50S which is the slightly smaller version for the electrical Fast Ethernet networks. The P5 series of platform products are based on the Conemtech M50 module as a center piece. This proven module contains all the necessary functions for either a grandmaster clock or a slave clock in a PTP system. It enables the P5 series of products to work flawlessly with leading brands of PTP enabled switches, but do not require them for a normal operation.

“The P51S contains a standard compliant implementation of an ordinary clock. The unique testing possibility offered by the Munich plug-fest this week proved that the product is developed according to the existing standards to interoperate with products of other industry leaders”, says Ola Andersson, CEO of the Kista based company focused on bringing miniaturized technologies to the synchronization market.
The P51S will be available in the fourth quarter of this year.

Conemtech is a leading provider of application specific standard products for packet based synchronization. The company’s products are based on a proprietary, highly efficient microprocessor chip. Further, the products are standards compliant and made for very efficient network communications and easy integration in customer equipment. The Conemtech developed IEEE 1588 synchronization technology of high accuracy time and frequency servers and slaves for the mobile networks of large operators. The present applications and customer base are telecom and power grid device manufacturers around the world which use the products as either master or slave clocks. The products enable customers to save space, energy and cost for distributed intelligence.